Most people would assume that all aquatic animals get their oxygen from water, but this isn’t always the case. In fact, there are many sea creatures that need to breathe air to survive! Check out these animals below: Dolphins and whales may look very similar to their fish companions with their body resembling a fish’s and them possessing fins, but what they lack is gills. Instead of gills they have a blowhole located at the top of their head, it does the job of a nose.

While these mammals need air to survive, they are also highly capable of spending long periods of time underwater. For an example the sperm whale can dive for 30 minutes at a time and 1000 meters deep! Manatee’s are fully aquatic large sea mammals that are sometimes referred to as “sea cows”. Manatees can stay underwater for up to 20 minutes at a time, and when they come up for air they can exchange 90% of the air that is in their lungs. This is quite impressive as humans can only replace 10% of the air in their lungs. Water spiders need to breathe air in order to survive. Some species of spiders have water repelling hair which enables them to trap an air bubble near their abdomen when they submerge.  This is convenient because spiders breathe through spiracles located at their abdomen, this allows them to stay underwater until they run out of their air bank. Mayflies are insects that spend a year awaiting their birth and die after living for just 24 hours. Their lifespan is so short that most don’t even bother eating. Their main purpose is to pass on their genes, which they have been doing for 100 million years.

Mayflies have little gills which look like tubes towards the rear of their bodies. These gills collect oxygen from the water to help them breath. 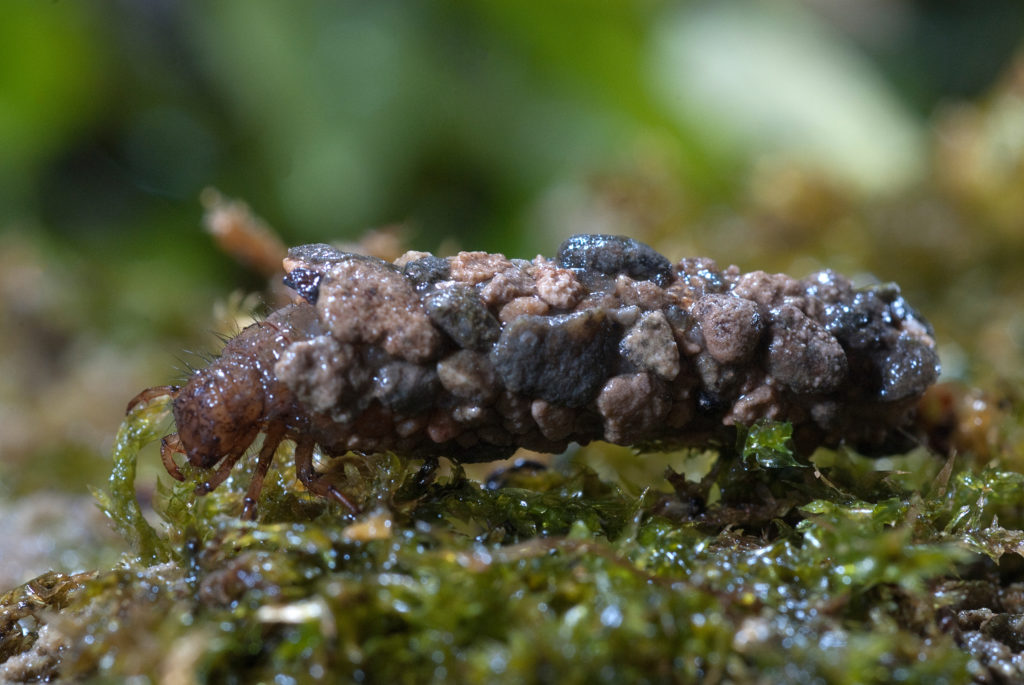 Immature caddisflies are aquatic and collect their oxygen from the water. The caddisfly larvae make rolling movements to move water across their gills to get access to oxygen. Like other insects, the caddisfly goes through a metamorphosis, from an egg to larva to pupa to an adult. Only when the caddisfly is a larvae is it aquatic. After it spins itself a cocoon it becomes a pupa and ultimately dormant, waiting to emerge as an adult caddisfly who will be an air-breathing sexually active insect. Lungfish are freshwater fish also known as salamander fish and can be found in Australia, South America and Africa. These fish are very rare because instead of taking their oxygen from water they breath air. Like other mammals, or animals with lungs, the lungfish has to come up for air, if they fail to do so they can drown.

African lungfish are remarkable creatures. They live in swamps, rivers and streams but these places can dry up, leaving these fish without water for many months. For survival, they burrow in the mud and build cocoons all the while relying on their lungs to breath. They are capable of surviving years out of water.