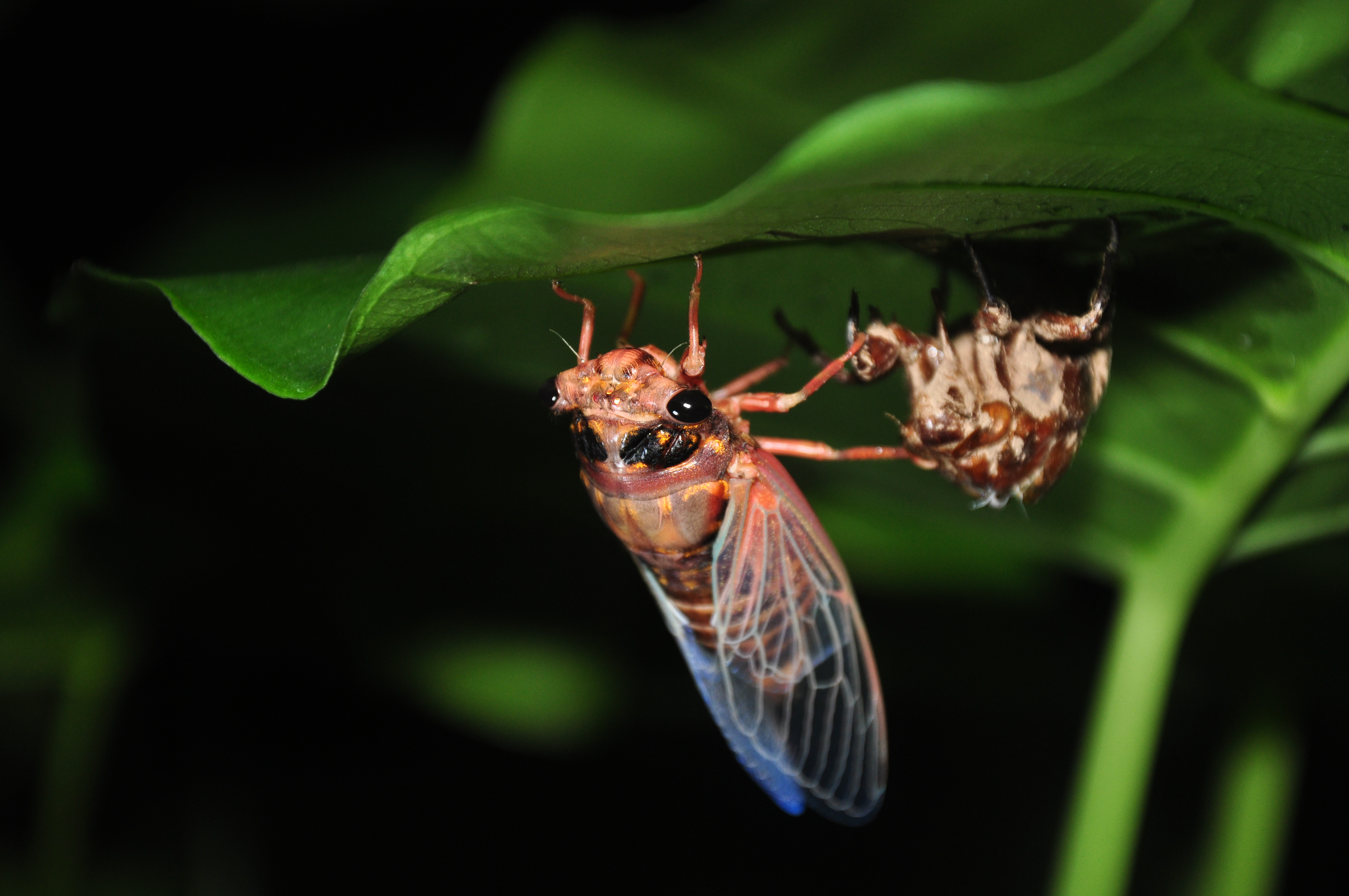 Definition: the process of shedding an exoskeleton during a moult or transformation

Having a skeleton on the outside can be great, this tough waterproof body armour having served arthropods like insects and crustaceans well for over millions of years. However exoskeletons can be problematic when it comes to the small matter of getting bigger. Our interior skeletons make it easy; our bones expand and fuse as we grow and our organs develop around them. But for arthropods things aren’t that simple; each exoskeleton comes in one size only, so the creatures must regularly exchange them for a larger model and—as paradoxical as it may seem—this change must come from within.

Each species has its own way of going about ecdysis. Dragonflies and cicadas tend to burst slowly but dramatically out from the back of the head, whereas crabs awkwardly shuffle backwards out of their own skin. For all concerned it’s a dangerous time in life. Having to stay in the same place for so long is bad enough, but the new layer underneath is also soft, tender and easily prone to damage. These are necessary sacrifices for growth but also makes them easy pickings for a predator. Many species take the sensible approach of hiding away while their new exoskeletons expand and harden. Now what to do with the old remnants, the ghost of the arthropod’s former self? Many species eat it to gain back valuable nutrients, others simply leave it for others to enjoy, perhaps not wanting to stick around any longer than absolutely necessary.

Dragonflies take the shed-and-ditch approach to ecdysis during metamorphosis. You may have even seen the evidence on plants in lakes and riverbanks during the summer months. To transform, the larvae leave their watery home, clamber up a suitable stem and allow the magnificent adult within to burst forth. Once its wings have extended and its body has hardened, the adult flies off in search of a mate. The leftover exoskeleton—known as the exuvia—is left eerily still clinging on.

1: Human babies have nearly 100 more bones than an adult, which fuse and develop into the standard 206 in an adult human skeleton.

2: The newly moulted and soft arthropod is described as being in a ‘teneral’ state.

The Polar Bears Among Us
Sarcosuchus: The Dinosaur Killer
This Is What Happens When Fungus Fights Back
Tags: Ecdysis, natural word