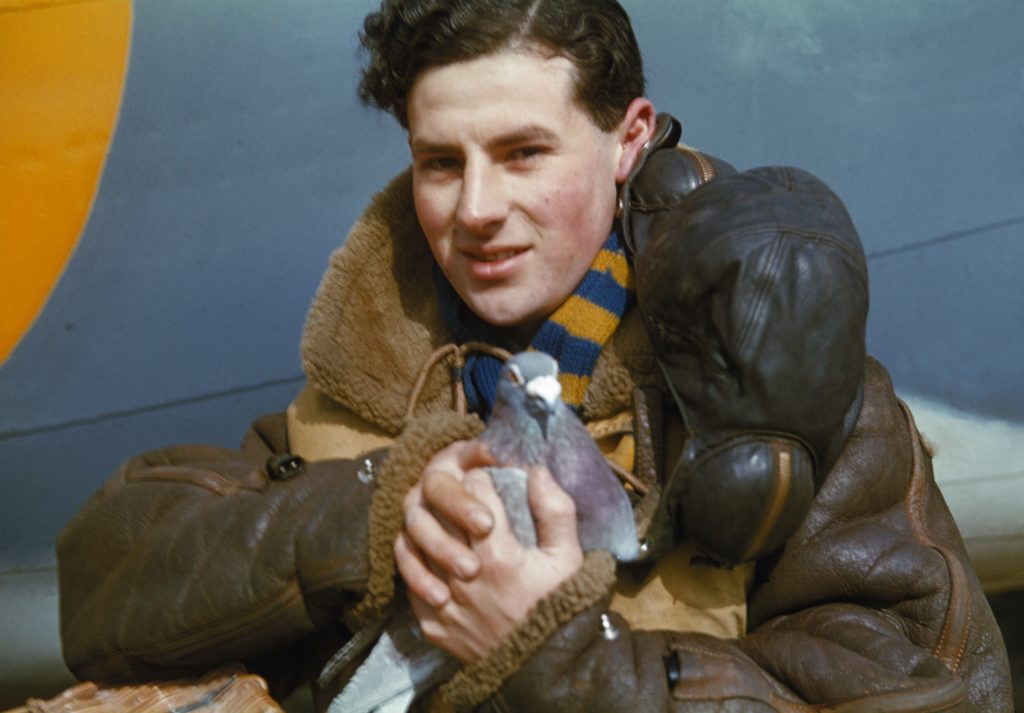 This seabird has a mustache

The Inca tern, a seabird found near the coasts of Peru and Chile, is noted for its distinctive facial plumage. Long white feathers situated right above the bird’s yellow cheeks gives the Inca tern the appearance of a mustachioed fellow. Get to know the colourful nudibranch

Nudibranchs are often referred to as sea slugs, but they’re far more extraordinary than your average slug. There are over 3,000 varieties that range from the poles to the tropics and they thrive in diverse ecosystems. The vibrant mostly finger-sized creatures’ favourite cuisine is coral, and they can smell danger from afar. A fish with large humanoid teeth and a nasty reputation for biting men in the nether regions, has been discovered swimming wild in Michigan lakes, by anglers who have pulled in more than they bargained for. The pacu fish, or tambaqui, which is a close cousin of the piranha, is native to the waters of … Continued Mysterious new species of black whale discovered in the Pacific

A strange new species of whale has been found in the northern Pacific Ocean. Tales of the whale have previously been told by Japanese fishermen, who call them karasu (ravens) because they are black and have a bulbous head with a distinctive beak, but up until now they have remained entirely unknown to science. Beyond … Continued The amazing island of New Guinea comprises only 1% of the world’s land area, but it’s home to an estimated 5% of all the planet’s plant and animal species, as many as half of which are yet to be formally described in science. It has, for example, over 800 species of ant, around 60% of … Continued Meet Monique, the unique hen sailing around the world

He may be living every freedom-loving explorer’s ultimate dream, as he sails singlehanded around the world, but Guirec Soudee is possibly the most hen-packed man on the planet. Because, while the 24-year-old Frenchman might own the only pair of hands aboard his yacht Yvinec, he isn’t travelling solo: he has a pretty companion in the … Continued Dung beetles take snapshots of the sky and use the mental images to navigate, a new scientific study has revealed. And, according to researchers in Sweden, not only do the little manure-munching insects have the capability of accurately scanning the position of the sun, the moon and patterns in the stars—they memorise the map while … Continued A couple of British beachcombers have just struck gold, in the slightly unsightly shape of a chunk of valuable whale vomit. Otherwise known as ambergris, the strange and stinky stuff is thought to be produced in the bile ducts of sperm whales to help them deal with spiky objects in their gut and throat, such … Continued Going to the bathroom is a life-risking task for sloths

Sloths are arboreal and mostly never leave the comfort of the trees. However, one of the only reasons they descend from the branches is to go to the bathroom, which makes them vulnerable to predators. How hippos mark their territory might gross you out

The hippopotamus has some very odd habits, but the oddest has to be how they mark their territory. A new World Record for the longest snake ever caught may have just been set, with the reported discovery and capture of a gigantic reticulated python on a building site in Malaysia. Early estimates are claiming that the snake, spotted by workers during the construction of a flyover in Paya Terubong on the popular tourist … Continued These insects have ears in their knees

Being able to listen with your knees isn’t the only thing that sets this leaf-like insect apart. Katydid males, for instance, are renowned for their, ahem, endowment. A rare and elusive species of frog has been discovered in the rainforests of South East Asia with a unique penchant for one particular type of ornamentation: wearing a vast array of fanciful hats and headpieces. The ‘pale pink frog’, whose Latin name Idrafloris hyphantes literally translates means ‘skilful flower holder’ was observed by researchers … Continued Rhino beetles love a good fight, and here's why

These beetles are not known to back down from a fight. In fact, they are one of the toughest and strongest insects on the planet. Almost everything about the stork is gross

You wouldn’t want a stork to deliver your baby, as they have some pretty disgusting habits that would surely make anyone else sick. They eat dead animals and garbage, and will poop all over their legs as a way to keep cool. Yuck! The source of a baffling buzzing noise emanating from the midst of the Pacific Ocean, which has been driving scientists to distraction for years, may have finally been figured out: according to a team from the University of California, who dangled microphones 1000 metres into the depths, it’s probably being caused by farting fish. The … Continued What warthogs lack in beauty, they make up for in brains

They may not have everything in the looks department, but warthogs are smart. Though they have tusks, they know flight is better than fight. They also know that aardvarks make the best holes, and will squat in their abandoned dens.